Today I’m thrilled to have an extract from the final book in the Reykjavík Noir trilogy, Cage, on my blog.  Many thanks to Orenda Books and Random Things Tours for having me on this blog tour.

Blurb:   The prison doors slam shut behind Agla, when her sentence for financial misconduct ends, but her lover Sonja is not there to meet her.

As a group of foreign businessmen tries to draw Agla into an ingenious fraud that stretches from Iceland around the world, Agla and her former nemesis María find the stakes being raised at a terrifying speed. Ruthless entrepreneur Ingimar will stop at nothing to protect his empire, but he has no idea about the powder keg he is sitting on in his own home. And at the same time, a deadly threat to Sonja and her family brings her from London back to Iceland, where she needs to settle scores with longstanding adversaries if she wants to stay alive…

The lives of these characters are about to collide in a shocking crescendo, until the winner takes it all… 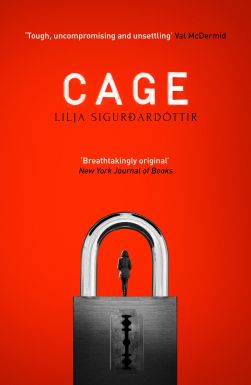 The chill evening breeze left Anton shivering. He zipped up his coat and checked the time on his phone. Eight minutes had passed since Gunnar had taken the moped they had brought to where they had decided to hide it. The only reason he had brought Gunnar in was because of his moped. At one point he had considered taking his dad’s car, because he could drive just fine, even if he was only fifteen and didn’t even have a provisional licence yet. But taking the car would have been risky – especially if they were pulled over by the police – and if anyone was about, a car would be more noticeable than a moped with no lights.

He heard quick footsteps approaching him from behind, and he spun around. It was Gunnar, running towards him with his white helmet on his head like a giant mushroom. They had agreed to wear helmets the whole time, both to reduce the likelihood of the police stopping them and so that any security cameras wouldn’t pick up images of their faces. Fortunately, though, there didn’t appear to be any cameras here. He had been checking the area out over the past few days, and knew that the roadworks guys used a diesel generator for the lights and heating in their shed. But now everything was dark – so dark that the green hue of the northern lights dancing in the eastern sky was unusually bright.

Anton shouldered the backpack containing their tools, and they hurried on quiet feet over to the fence, where Gunnar took the wire cutters from the bag and started making a hole big enough for them to crawl through.

‘The hole has to be bigger. We need to get back through it with full backpacks.’

‘OK,’ Gunnar agreed, snipping a few more wires, but he was obviously tired already, so Anton took the cutters from his hand and continued the work. Even though these were decent cutters, brand new and sharp, the mesh was still unbelievably hard to cut. He had to use all his strength to break each strand.

To begin with they had planned to go over the fence, but the coils of razor wire at the top put an end to that idea – they would have had to cut through that anyway, so it was as well to forget climbing and make a hole down here. It was also safer, as there was less chance of them being seen at ground level.

Gunnar twisted the tongue of mesh upwards so that Anton could crawl through, then Gunnar followed behind him. They jogged past the workmen’s cabin to the storage shed behind it. Anton shook off his backpack, and they took out the head torches and fixed them to their helmets. He was pleased with this idea; they could see what they were doing without having to hold torches or a lamp.

Gunnar did not need to be told twice. He took out a hammer and began battering the padlock, while Anton set to work with a screwdriver, trying to unscrew the hinges. This was one aspect of the job they had not agreed on. They had spent time lying in the scrub, looking down on the place with a pair of binoculars, watching to see how the shed was closed and arguing about the best way to open it. It didn’t seem to be a proper door, more a homemade job with a sheet of plywood that had been cut to fit the opening and fixed with hinges on the outside. After racking their brains for a while, they decided on both approaches; they’d see which was the one that got them inside the shed first. Anton knew that the method didn’t matter. It was the objective that was important. But Gunnar seemed to think there was a principle at stake, and insisted on smashing open the padlock, so Anton had accepted this compromise.

‘There!’ Gunnar whooped as the first of the three padlocks gave way and hung open.

He had removed them all from one hinge and was almost there with the second. As he pulled out the last screw, Gunnar was still getting his breath back after the battle with the padlock.

Anton took the hammer from him, slid the claw into the opening and put his weight behind it. The door dropped out of the frame and hung on the remaining two locks on the other side.

‘You win. Ice cream on me after. You’re the meanest gangster in town, man.’

He was clearly enjoying every moment. Anton, on the other hand, was surprised at how calm he felt. He had been sure he would be more nervous. But now a warm feeling of achievement swept through him as he stepped inside the shed and the light on his helmet flickered over the boxes.

This was the first step towards his objective. He knelt down and opened the first box and began stacking sticks of dynamite in his backpack. 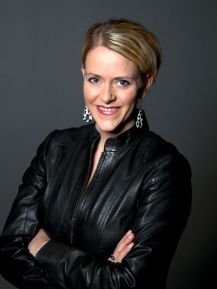 Icelandic crime-writer Lilja Sigurdardóttir was born in the town of Akranes in 1972 and raised in Mexico, Sweden, Spain and Iceland. An award-winning playwright, Lilja has written four crime novels, including Snare and Trap, the first two books in the Reykjavik Noir trilogy, which have hit bestseller lists worldwide. The film rights have been bought by Palomar Pictures in California. She lives in Reykjavík with her partner.

Outside at lunchtime soaking up some sunshine and warmth. Makes a nice change from the snow and hail we've had the past few days.
Book review on the blog today, link in bio. This is the follow on from A Memory Called Empire.
Snow! It's actually properly snowing just now having had random little flakes all day. Scottish weather is weird weather sometimes. 🤣
Gorgeous spring evening. Think I appreciate it even more after what's happened the last 12 months. It's been a year now since I started working at home and definitely noticing the change in seasons more than ever.