Engella Rhys is alone, adrift and on the run. Pursued by a secret agency, known only as the Hunters, she must stay ahead to stay alive.

As she travels through space-time using dangerously experimental technology, she only has one wish: to be reunited with her lost parents. After a close shave with a Hunter on the streets of New Shanghai, Engella escapes to find herself on a deserted beach. When she meets a kind stranger, who offers her food and shelter, Engella feels safe and protected for the first time in years.
But who is this woman? And why did their paths cross at the most convenient of times?
Engella soon discovers their lives are intertwined in more ways than she could ever imagine. 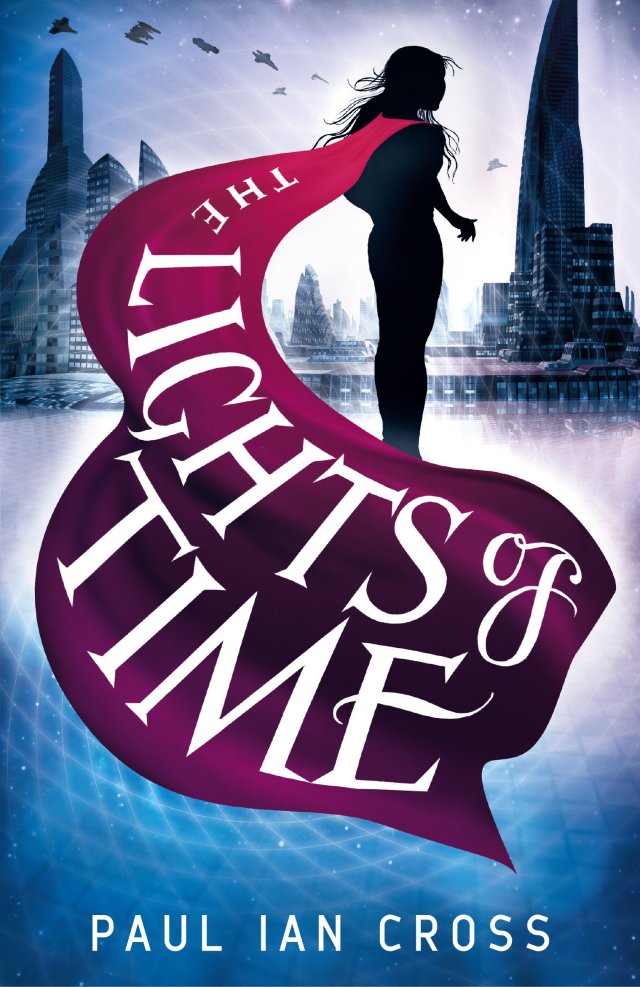 My Review: Although this is not a long book there is a lot packed into it. The descriptions are vivid and clear and I could easily picture everywhere mentioned even though some of the places aren’t real. The main character’s are equally well described and easily visualised which is something that not every author manages to achieve.

As for the story itself, I really enjoyed it. It’s well written and fast paced and I found myself caught up in it and losing track of time. It’s a great story if you want something different to read for a few hours, something that will transport you somewhere quite different while still retaining some familiarity. It would also be a good book to start with if you want to try sci-fi/fantasy but don’t want to take on a large read yet. It’s a good story and one which I feel could be developed into more, I’d love to know more of the history behind Engella’s family and also what happened after this story finished. There is so much more to be discovered here and hopefully I will get the chance to discovered it in the future.

Paul Ian Cross is a multi-award-winning children’s author and scientist from London, UK.

Paul works in clinical research (developing new medicines) and he’s also involved in science communication; presenting science to non-scientists. He enjoys his science career but he also has a real passion for writing stories! He likes introducing children to the wonders of science, especially reluctant readers. By introducing science creatively, he aims to spark their interest; allowing them to gain confidence with their reading. As a previous reluctant reader himself, he understands how hard it can be. But it’s all about making reading fun and interesting!

Paul’s nephew Hayden influenced his decision to become a writer. He loved seeing Hayden’s reaction when his sister Michelle first read one of Paul’s stories to him!

In his spare time, Paul likes to visit new and exciting places. One of his favourite places is Scotland, especially the Isle of Skye.

Paul’s second book, Planet Scrabbage and the Vegerons, won an honourable mention in both the ‘Picture Books 6 and Over’ and ‘Health’ categories at the Purple Dragonfly Book Awards 2018.

And that brings us to now… Paul is currently working on several new books. Paul’s debut upper middle grade novel will be published in 2018. The Lights of Time is the first novel in a brand-new series: The Chronicles of Engella Rhys.

Paul hopes you enjoy reading his stories as much as he enjoyed writing them!

*Terms and Conditions –UK entries welcome. Please enter using the Rafflecopter box below. The winner will be selected at random via Rafflecopter from all valid entries and will be notified by Twitter and/or email. If no response is received within 7 days then I reserve the right to select an alternative winner. Open to all entrants aged 18 or over. Any personal data given as part of the competition entry is used for this purpose only and will not be shared with third parties, with the exception of the winners’ information. This will passed to the giveaway organiser and used only for fulfilment of the prize, after which time I will delete the data. I am not responsible for despatch or delivery of the prize.