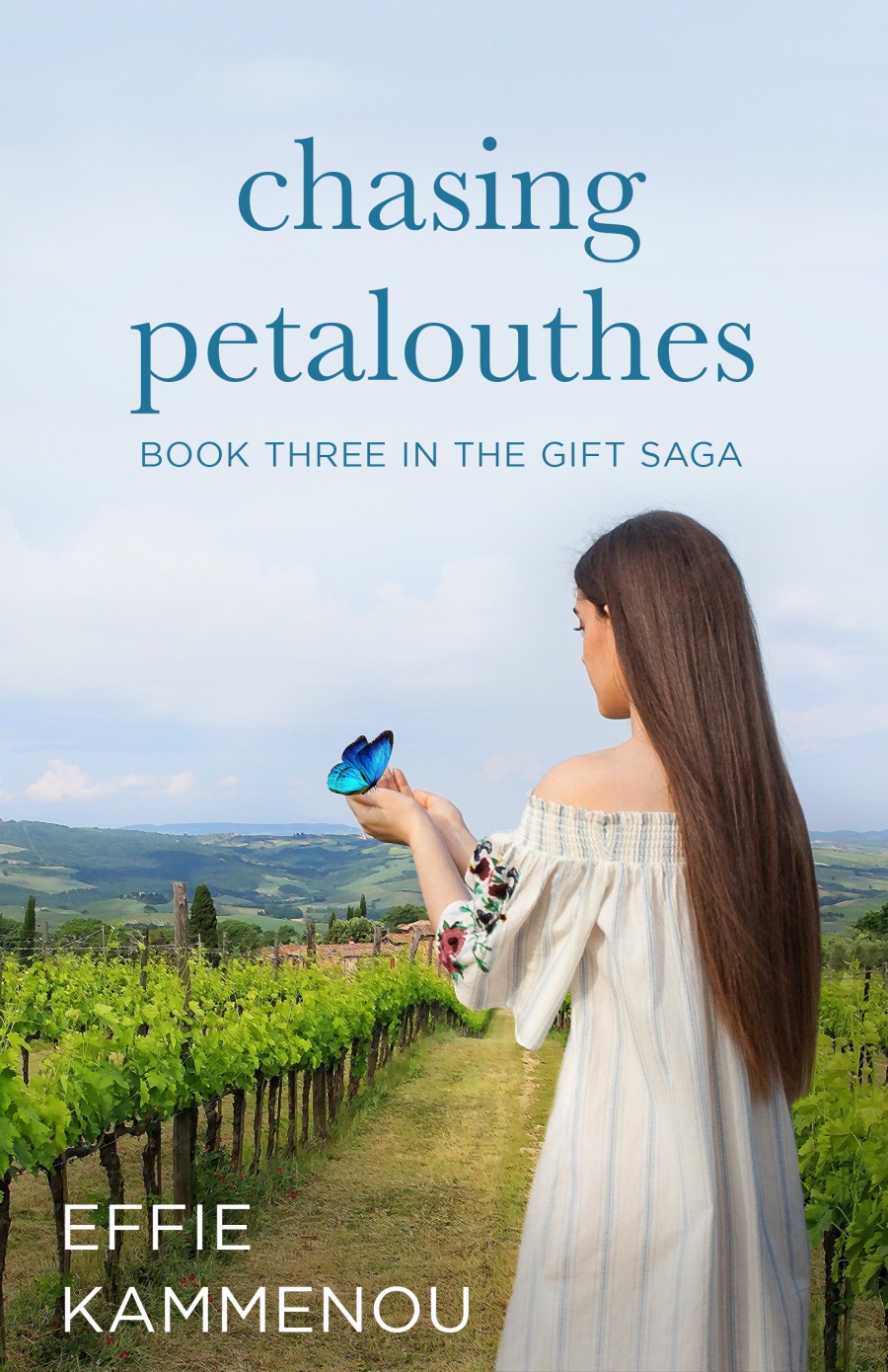 Today I’m taking part in the blog tour for Chasing Petalouthes, the third book in The Gift Saga. Many thanks to the author and LoveBooksGroup for having me on the tour.

Blurb:  The Gift Saga concludes with the next generation coming into the forefront of the story during their tumultuous years between adolescence and adulthood.

Evvie has lived through more tragedy than a young girl should ever endure, having lost both her father and a most beloved grandmother at a young age. Her rebellious ways are her only defense to mask the ever-present pain in her heart. Closing herself off emotionally, Evvie vows to never let anyone into her heart. But will her determination to keep everyone out see her lose the only person who could heal her broken soul?

Over-achieving, focused, talented, determined to succeed. Those are the traits Stella envies in her siblings and cousins. Her insecurities and lack of confidence stunts her ability to realize her own worth. When an older, handsome young man claims her as his own, Stella believes she has finally found who she has been looking for—someone to love her enough to mold her into the best version of herself. But has she fallen in love too quickly for a man she barely knows anything about?

Chasing Petalouthes (Chasing Butterflies) is the coming of age story of two flawed, young women who push their way out from the confines of the cocoons they’d built around themselves and discover how to soar.

Can be read as a standalone. For the full emotional impact on the character’s live and histories, read Evanthia’s Gift & Waiting For Aegina. 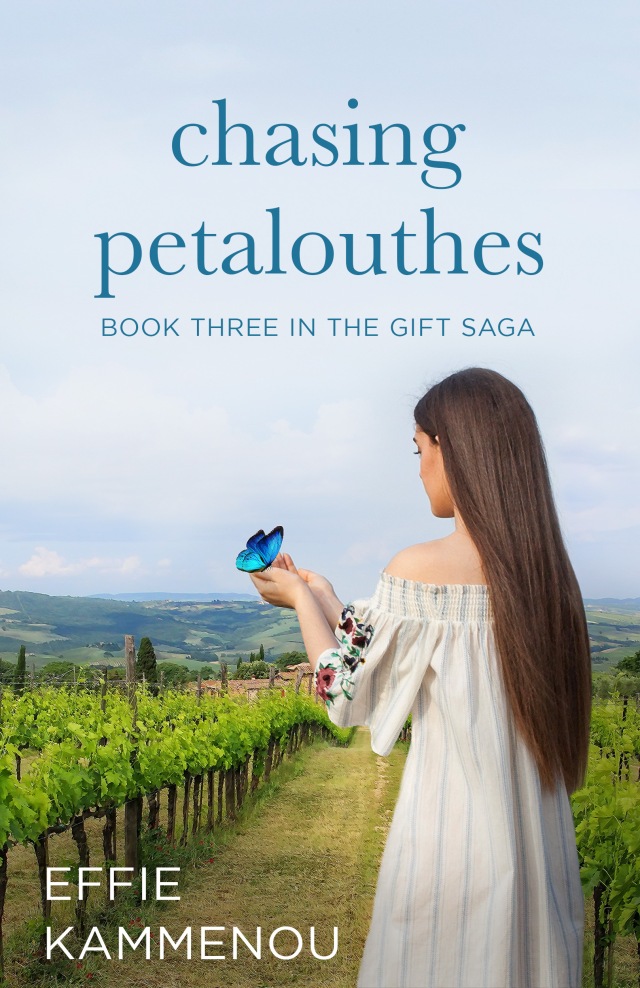 My Review: I don’t usually read coming of age stories or family sagas but something about this book made me want to read it. It can be read as a stand alone (as I did) but I think you’ll get more from it if you’ve read the first two books.

This is a longer read than most of the books I usually read but it works well as the story covers quite a few years of Evvie and Stella’s lives. It was like moving in with a family for a few years and being able to see the decisions some of them made, but without the ability to do anything about them. The reader gets to see Evvie and Stella make mistakes, try new things, learn from mistakes and explore the opportunities that they have in their lives. You also get to experience Greece and being part of a large Greek family where everyone looks after everyone else and celebrations are large and enthusiastic.

I can’t go into much detail in this review as it would lead to spoilers. However I can say I was very impressed with the way certain parts of Stella’s life were handled. It was done very well and with tact and knowledge that suggested a lot of research. There was also a lot of detail and discussion about wine, wine making and grape varieties which was interesting without being too much information.

Having always avoided saga and family type stories for fear they would be dull and boring, reading this book has made me realise that perhaps I am being unfair and need to be a bit more open minded. I’m not about to start reviewing nothing but these types of books but I will give them more consideration in the future when I come across them. 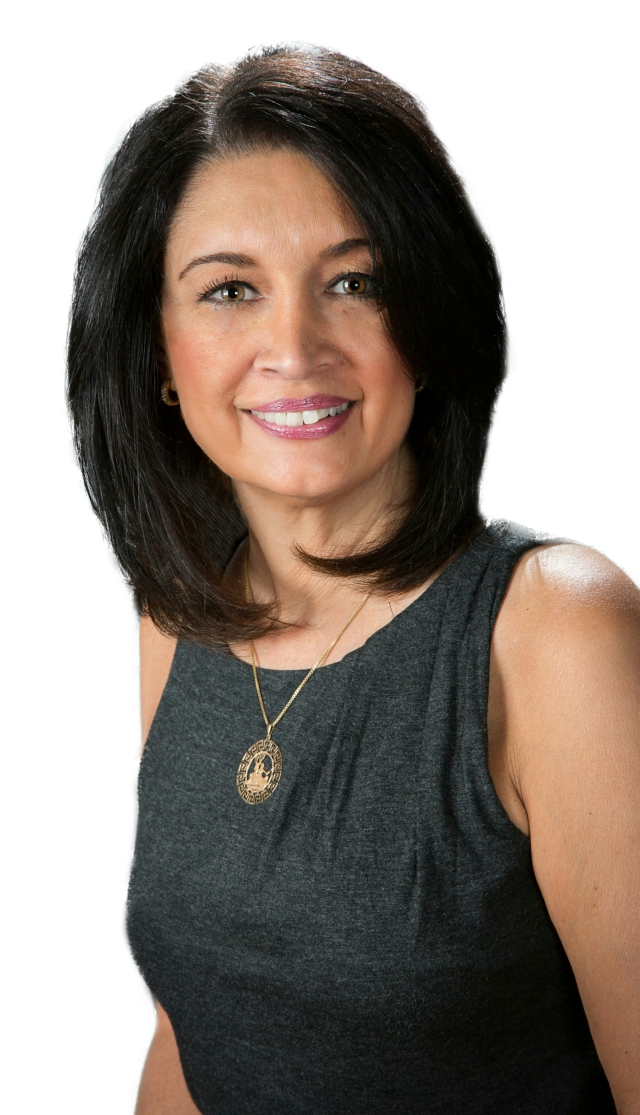 Effie Kammenou is a believer that it is never too late to chase your dreams, follow your heart or change your career. She is proof of that. At one time, long ago, she’d thought that, by her age, she would have had an Oscar in her hand after a successful career as an actor. Instead, she worked in the optical field for 40 years and is the proud mother of two accomplished young women.

Her debut novel, Evanthia’s Gift, is a women’s fiction multigenerational love story and family saga, influenced by her Greek heritage, and the many real life accounts that have been passed down. She continues to pick her father’s brain for stories of his family’s life in Lesvos, Greece, and their journey to America. Her interview with him was published in a nationally circulated magazine.

Evanthia’s Gift: Book One in The Gift Saga was a 2016 award finalist in the Readers Favorite Awards in the Women’s Fiction category.  Waiting for Aegina is Book Two in The Gift Saga and Chasing Petalouthes is Kammenou’s latest release, completing the series.

Effie Kammenou is a first generation Greek-American who lives on Long Island with her husband and two daughters. When she’s not writing, or posting recipes on her food blog, cheffieskitchen.wordpress.com, you can find her entertaining family and friends or traveling for ‘research.’

As an avid cook and baker, a skill she learned from watching her Athenian mother, she incorporated traditional Greek family recipes throughout the books.

She holds a Bachelor’s Degree in Theater Arts from Hofstra University.