Today I am delighted on the blog tour for this book and have a review. Many thanks to Anne Cater of Random Things Tours for letting me be part of this tour.

Blurb:   1914.  Two  sisters  on opposing sides  of  the  Suffragette movement.  One,  an  up-and-coming prison  warden  responsible  for overseeing  the  force-feeding  of  hunger strikers. The  other,  swept up  in  the deeds  of  the  cause.  A  poignant  look  at the  struggle from both  viewpoints. Making  the  hardest  decisions  in  life takes astonishing  courage.  Making  a stand  for justice.  Realising  that following  your  heart  can  mean  the loss  of  your  freedom.

My Review:  Clara and Nancy are sisters. They’ve not had an easy life, aside from the obvious lack of money there have been other things they’ve had to deal with at a realitively young age. These have made Clara, the eldest, want to defy convention and not marry but have a career instead. She has a good job with the possibility of promotion in the future. Her sister is not doing as well, she’s quiet and timid and doesn’t know what to do with her life, or it seems, how to do anything. Clara decides Nancy needs a job and gets her an interview at the prison where she works. Once there Nancy meets some of the suffragettes that Clara works with and that’s when everything starts to change for both sisters.

I hate spoilers in book reviews but this book is so good that I just want to tell everyone what happened and how it ends, because how it ends is not what youd expect from the beginning. It’s a brilliantly told story of two sisters on separate sides of the same cause. The Suffragette movement affects them both differently but also has life-changing consequences for them too. We see how the suffragettes ideas and deeds impact the sisters and how they react to them. It’s actually really tricky to review this without accidentally giving something away.

I really enjoyed this book, it was one of those quietly engrossing reads where I’d pick it up after work and then a couple of hours later have read half of it and look up, momentarily confused by where I was. The characters were entirely relatable even though I’ve never been in any of the circumstances they found themselves in. The descriptions and sense of place were spot on too. I’ve visited a prison through volunteering I’ve done and the sound the doors and locks make was perfectly described as was the feeling you get when a door shuts behind you, even though you know you can leave shortly. There was a suffragette march in the book and there were a lot of people and, as can happen, the character there got caught up in it and squashed between people as opposing sides clashed. Again, I’ve never been in that situation either but I could hear all the noises and feel the fear of being crushed and potentially injured or even trampled on if I fell over. There’s so much drama in the story because of the suffragette connection, blowing up of post boxes for example, but at the same time it’s a realatively calm read. I can’t explain that but it is.

I would highly recommend this book to everyone, whether you have a previous interest in the suffragettes or not. At it’s heart this book is about what can happen to someone when they discover a world outside their own and what impact their decisions can have on them and others and it’s a fascinating read.
About the author: 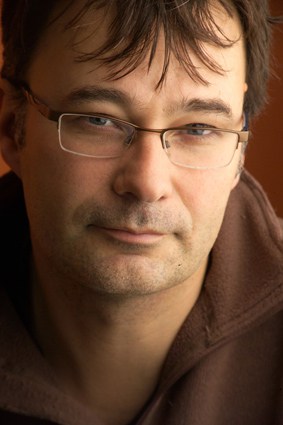 A  former  photojournalist,  Jon  Walter  is  the  acclaimed  author  of Close  to  the  Wind  and  My Name  Is  Not  Friday.  He  was  inspired  to write  NEVERTHELESS,  SHE  PERSISTED  after  reading Sylvia Pankhurst’s  biography  and  being  gripped  by  one  question:  when  is it  right  to  break  the rules?  Jon  Walter  is  available  for  interview and  write  features  on  a  variety  of  themes,  including: being  an advocate  of  protest;  his  personal  experience  of  being  arrested;  and writing  beyond his own experience.