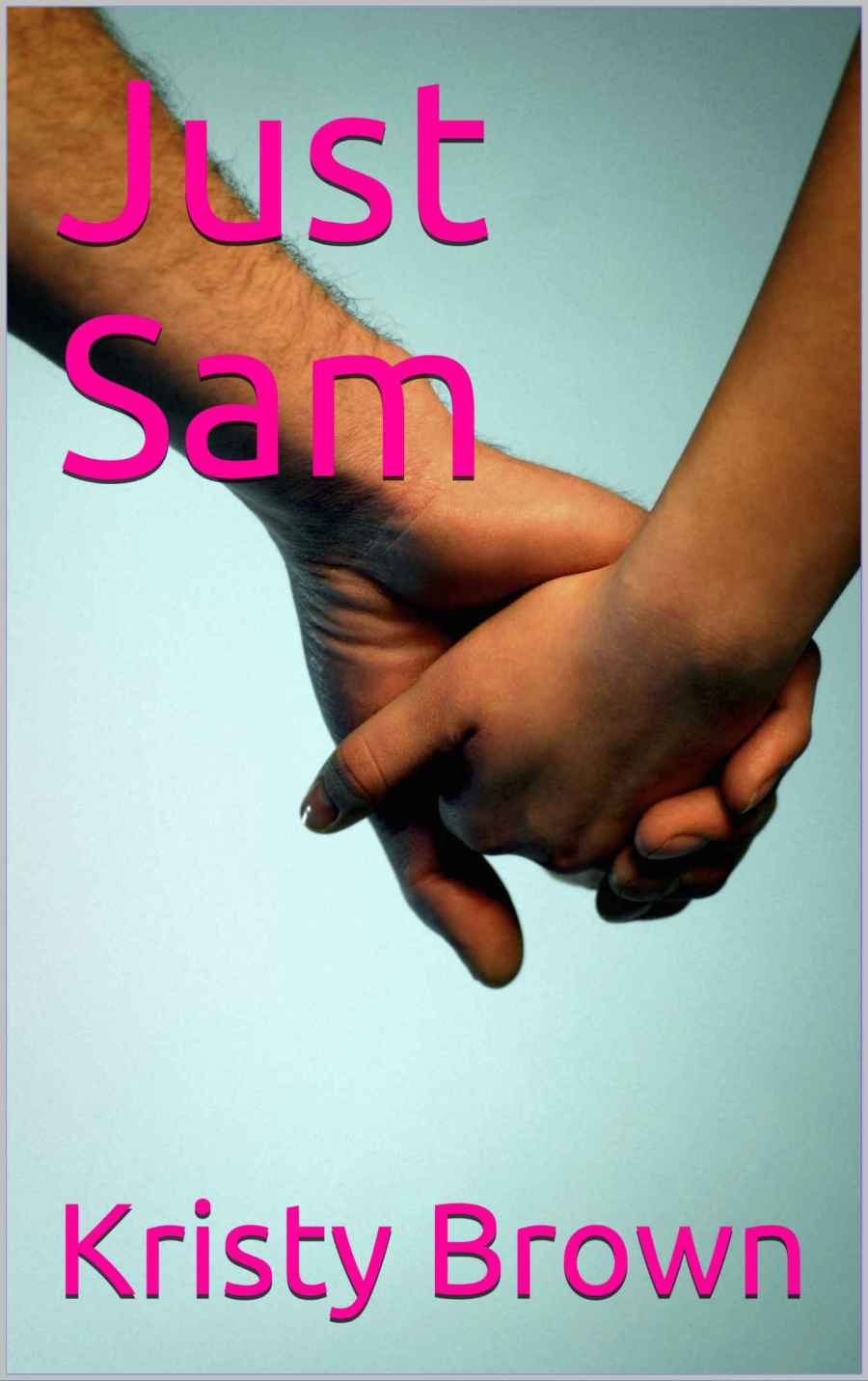 Today I have a different post for you from my last few, not a review but an extract from the interestingly titled Just Sam. Many thanks to Love Books Group for having me on the tour. 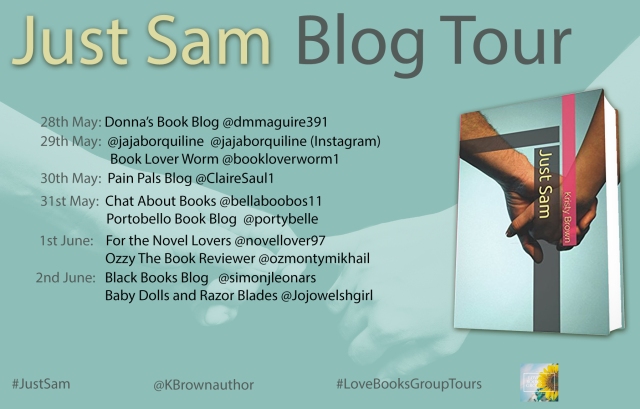 All Sam dreams of is being the next big tennis champion. But when she suffers a great loss at such a young age, she finds it hard to believe in herself. She becomes so scared of losing people that she hides her feelings to protect her heart. Will she ever let anyone close enough to truly love her? She never realised, her toughest match would be against life itself. 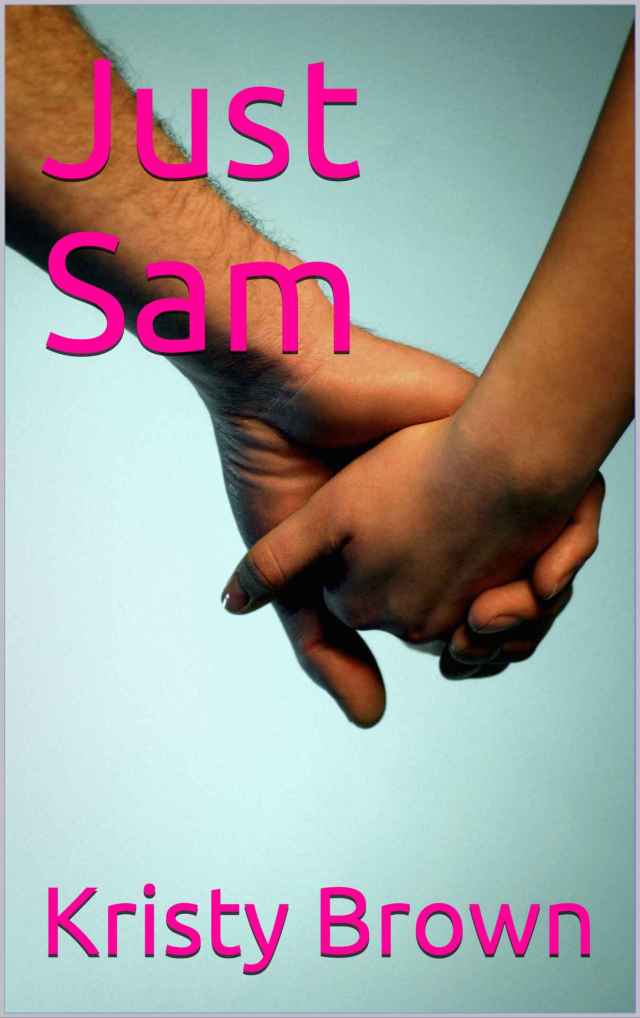 I remember watching my first Wimbledon grand slam with my mum. I could only have been around four or five, but I knew it was something really special. The look on her face was one of pure joy as she sat forward on the edge of her chair, completely engrossed. Of course, I didn’t understand any of the rules or the weird scoring system, thirty- love and what on earth was a deuce? But as I watched my gentle mother becoming bright red in the face, yelling at the TV and jumping up and down, I knew I wanted to join in with her happiness. I understood that this game was something that she loved. I knew she loved us more than anything, but this lit up her whole face. I remember it like it was just yesterday. The way she turned from the screen and smiled at me so widely, that I knew right then, that I too wanted a piece of this special thing called ‘tennis’.

For the next few years we’d sit together and watch the magic of Wimbledon. I waited for it, like I waited for Christmas. Two weeks in a year when my mum became almost giddy and more importantly for me, it was ‘our’ time, our silent unbreakable thing that no one could ever intrude upon or be invited into our little club for two.

Each year, she’d try to explain the rules and stuff to me and as I got a few tournaments under my belt, I finally started to get it. The game took on a whole new meaning when I knew that ‘love’ equalled zero and ‘deuce’ meant forty – all. It was like I’d cracked long division; I’d finally got the tennis code. I became a member of a very elite club and in my head, I was as clever as my mum, definitely cleverer than my perfect sister.

I asked if I could join a tennis club, which seemed to please my mum no end. After some ringing around, she found a suitable one just twenty minutes away by car. She asked my perfect sister Claire if she’d also like to come along. I recall holding my breath for the entire thirty seconds that it took for her to decide. She, to my utter delight, decided she’d rather hang out at the shops with her friends, which was what she did whenever she wasn’t in school or in bed. Mum had told me that teens needed a lot of sleep, but to me, she was just a lazy cow.  This meant I got to keep Mum all to myself, at least on a Saturday morning anyway. After every visit, we’d stop at Maccies and have a sneaky cheese burger — another secret for just us.

I was really nervous at first. I was nearly eight years old and all the kids there seemed to already know each other and play really well. I never thought I’d match up to any of them.

After my first session, I ran off the court in floods of tears. In my head, I had believed myself to be the best player ever, because I’d played a few games in the garden already with my best friend, Molly, so, surely I’d be winning trophies straight away. I was worried mostly that I’d disappoint Mum. I wanted to see her light up, the way she did when she watched her favourite players on TV. She held out her arms, I ran into them. Stroking my hair, she told me that I’d soon get better with practice. She was right. I did get better, a lot in fact. At the age of ten I was one of the top players in the junior division. I was never happier than on a court, hitting the ball as hard as I could. The racket became a mere extension of my arm. I was good, really, really outstandingly good!  Without sounding like a big-headed jerk, I was meant for it. I’d look across to my mum who’d watch every point from the sidelines, she had the biggest grin on her face. That smile told me that she was proud of me and that meant more than I realised at the time. My dreams of getting to play Wimbledon were not so far away. Of course being ten, I really thought I’d just rock up to the most famous court in the world and say that I wanted a go. Hmmm, to be ten again.
Tears shed – a few along the way.