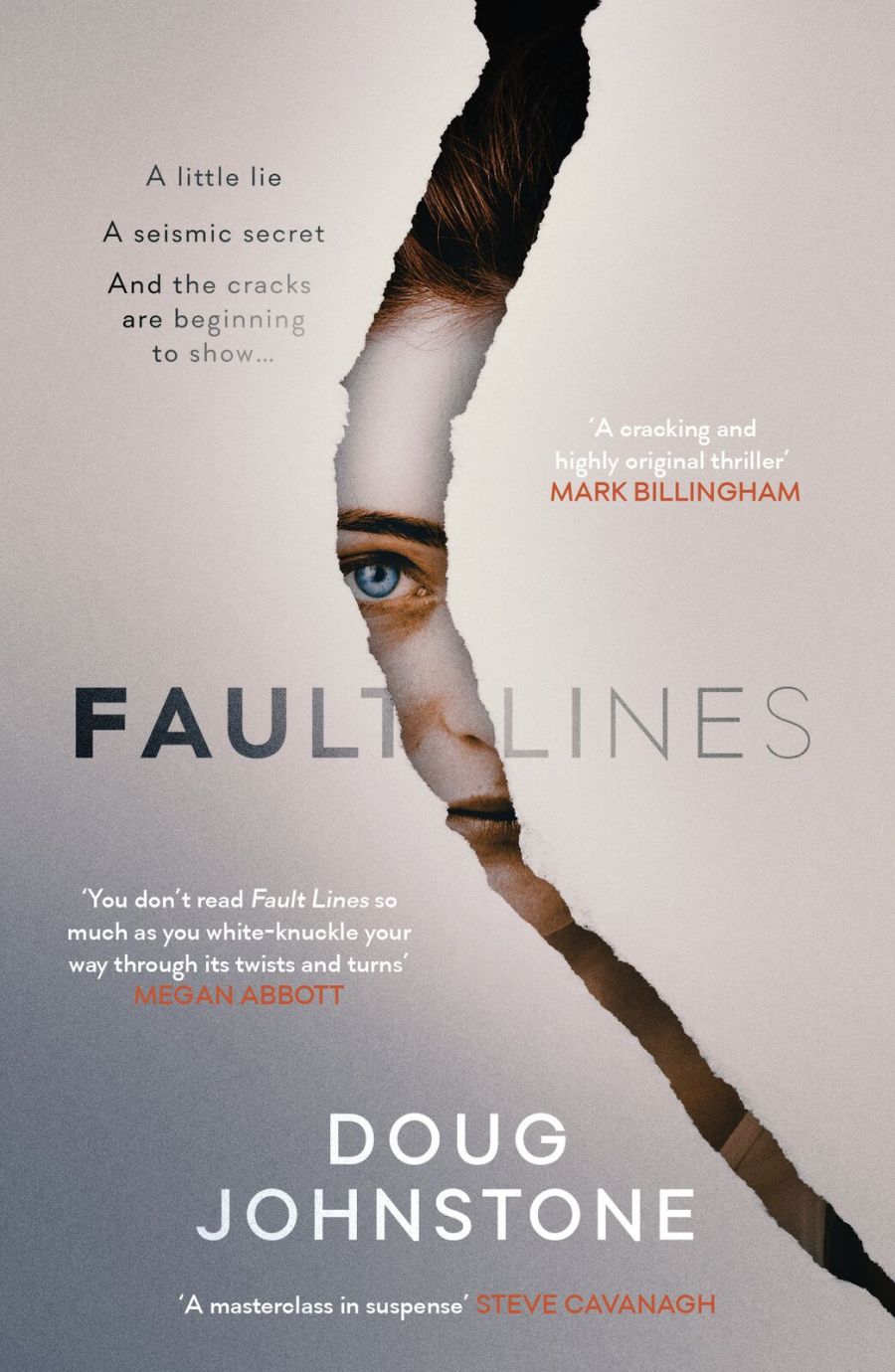 I am thrilled today to be taking part in the blog tour for Fault Lines. Many thanks to Orenda and Anne Cater for having me on this tour. 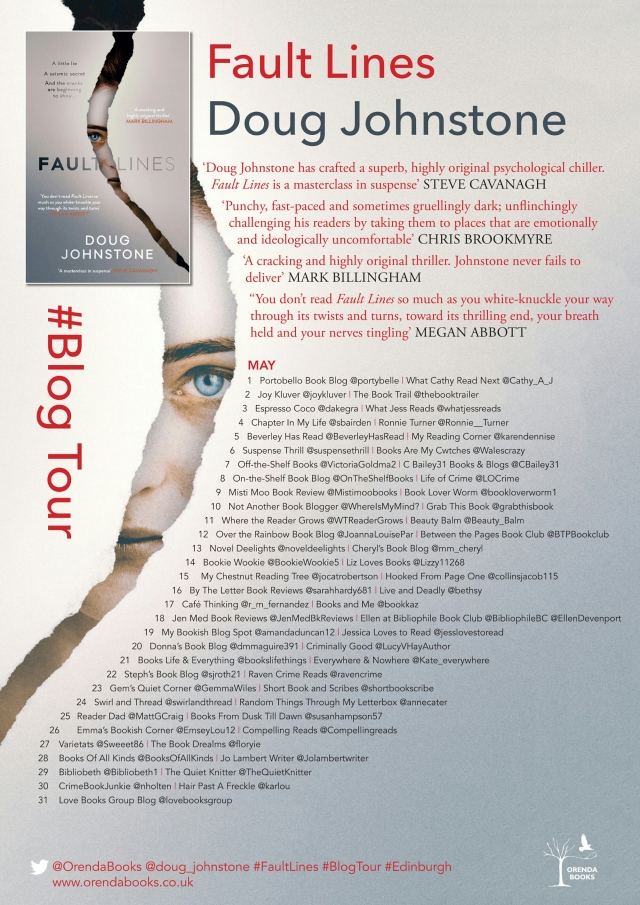 Blurb:  In a reimagined contemporary Edinburgh, in which a tectonic fault has opened up to produce a new volcano in the Firth of Forth, and where tremors are an everyday occurrence, volcanologist Surtsey makes a shocking discovery.

On a clandestine trip to The Inch – the new volcanic island – to meet Tom, her lover and her boss, she finds his lifeless body. Surtsey’s life quickly spirals into a nightmare when someone makes contact – someone who claims to know what she’s done… 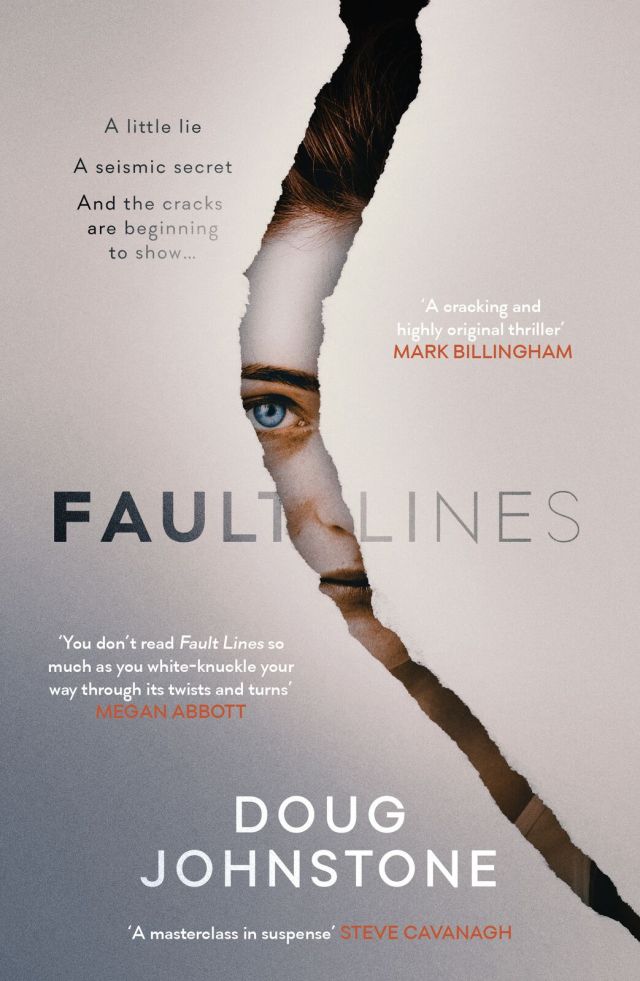 My Review: I have to admit that this is the first book by Doug Jonstone that I’ve though it won’t be the last. I’m also going to admit that it took me a wee while to get into this book. I’m really busy at the moment and whether it’s connected to that or not I don’t know. However I kept going becase what I was reading was very intiguing and then, all of a sudden I was hooked, one tiny thing changed the feel of the of the story and that was all it took.

I found it an interesting concept, a volcano in the Firth of Forth, particularly as I lived near the river for over 20 years. I think, for me, because I am so familiar with how the river looks I had trouble imagining it differently but that’s something that became less difficult as the story went on. I know some people won’t have that problem but if you do, persevere, it’ll be worth it.

I liked, to varying degrees, the characters in the story but Surtsey was particularly interesting. I felt as if I experienced everything she did, she got annoyed and so did I, something happened that scared her and I got jumpy at the slightest sound. I love having that experience when reading. An author who can write such immerse prose is clearly one with great skill and that is borne out in my experience with this novel.

Being told from the perspective of a character that is not police or crime related makes it a bit different from the conventional crime fiction novel but that difference works in its favour. This is a book that will appeal to those who like mystery and suspense, the crime itself is almost irrelevant, it’s what happens after, the consequences of various actions which the story focuses on.

Now I’m off to check out more of Doug Johnstone’s writing so I can add it to my to-read list! 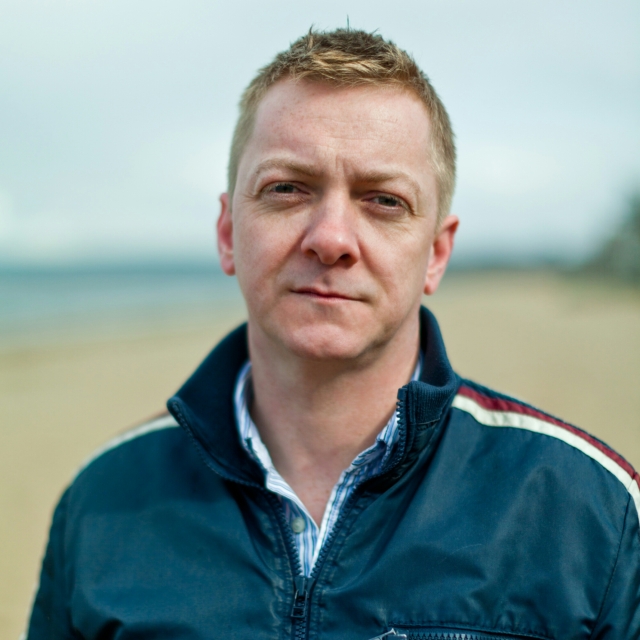 Doug Johnstone is a writer, musician and journalist based in Edinburgh. His seventh novel, The Jump, was published by Faber & Faber in August 2015. Gone Again (2013) was an Amazon bestseller and Hit & Run (2012) and was an Amazon #1 as well as being selected as a prestigious Fiction Uncovered winner. Smokeheads (2011) was nominated for the Crimefest Last Laugh Award. Before that Doug published two novels with Penguin, Tombstoning (2006) and The Ossians (2008). His work has received praise from the likes of Irvine Welsh, Ian Rankin, William McIlvanney, Megan Abbott and Christopher Brookmyre.In September 2014 Doug took up the position of Royal Literary Fund Fellow at Queen Margaret University in Edinburgh. Doug was writer in residence at the University of Strathclyde 2010-2012 and before that worked as a lecturer in creative writing there. He’s had short stories appear in various publications and anthologies, and since 1999 he has worked as a freelance arts journalist, primarily covering music and literature. Doug is currently also working on a number of screenplays for film and television. He is also a mentor and manuscript assessor for The Literary Consultancy.Doug is one of the co-founders of the Scotland Writers Football Club, for whom he also puts in a shift in midfield. He is also a singer, musician and songwriter in several bands, including Northern Alliance, who have released four albums to critical acclaim, as well as recording an album as a fictional band called The Ossians. Doug has also released two solo EPs, Keep it Afloat and I Did It Deliberately.Doug has a degree in physics, a PhD in nuclear physics and a diploma in journalism, and worked for four years designing radars.He grew up in Arbroath and lives in Portobello, Edinburgh with his wife and two children.