I am thrilled to be taking part in this blog tour today.  As I’ve not yet had the chance to read any of the previous Henning Juul books I decided that making the final book my first read wasn’t a good idea.  Therefore, instead of a review I have a guest post from Thomas Enger for you, in which he discusses research or not researching before you begin to write.  It’s a very interesting post and I hope you enjoy reading it.

Blurb:  Crime  reporter  Henning  Juul  thought  his  life  was  over when his young  son  was  murdered.  But  that  was only  the  beginning…

Determined  to  find  his  son’s  killer,  Henning  doggedly  follows  an increasingly  dangerous  trail,  where dark  hands  from  the  past emerge  to  threaten  everything.  His  ex-wife  Nora  is  pregnant  with another man’s  child,  his  sister  Trine  is  implicated  in  the  fire  that killed  his  son  and,  with  everyone  he  thought  he could  trust seemingly  hiding  something,  Henning  has  nothing  to  lose  … except  his  own  life. Packed  with  tension  and  unexpected  twists, Killed  is  the  long-awaited  finale  of  one  of  the  darkest,  most chilling and emotive series you may ever read. Someone will be killed. But who?

A question I often get from pupils doing a paper or whenever I’m participating on panels/festivals here or there (mostly there), is the topic of research. How you do you do your research, when do you do it (before, during or after the first draft?) or sometimes I’m even asked if I do any research at all. First, let me just very clearly state that I’m not a doctor. I’m not a psychiatrist. I’m not a carpenter. I’m not a weather man. I’m not a politician. I’m not a teacher (at least not anymore, I did have a four-month sting as a gymnastics teacher back when I was 21). I’m not hit man. I’m not a hit woman, or a woman, for that matter. I’m not a butcher (although that can sometimes be argued…). I’m not a secretary for a shady lawyer, either. I’m not a real estate agent, would you believe it. I’m not a 74-year old woman or an astronaut. You get where I’m going with this. So if I’m ever going to make any sense at all in the books that I’m writing, a certain element of research has to apply.

That means I go online and search for stuff or places. I talk to people. I e-mail them. Ask all kinds of stupid questions, just to get an inkling for the topic or just to see if there is something in that specific line of work that I can use (to my advantage). I also travel quite a lot, and take pictures of the places that I’m writing about, just to make sure that I get everything right. Not that it has to be, I’m writing fiction, so I can easily manufacture a bridge or a lake here or there, if I want to or the story requires it. But it adds to the story’s credibility if I can keep myself within some form of reality. When it comes to medical issues, for instance, that is especially imperative. I can’t invent new ways to perform open heart surgery (a closed one, for instance, would look weird) or treat a cancer patient with anti-histamines and still proclaim with a certain level of authority that those little blue pills somehow made the patient cancer-free. Things that people can google themselves and double-check, need to be accurate, or at least very close to it.

When I get ideas for a book, the instinct in me tells me to start writing right away, as the idea is fresh and fun and free from friction. But what I’ve learned over the years is to give myself enough time and space, or patience, as some might call it, to develop a feel for the story first before I dive into the material. That means giving the story a preliminary cast, and when I do that, research always place a small part. If I need a janitor in there somewhere, I might research that profession a little bit. Bad example, but it would be good to know a little bit about what it’s actually like to be a female in a very male dominant part of, say, politics. Like in the Ministry of Defence, for instance. Then I would try to talk to someone with that kind of experience or background, and see if there are specifics in her everyday life that I can use.

If I know that the story is going to involve drug trafficking or problems related to immigration, then it’s always good to know some details of how things really work in the society I’m portraying before I start to create a story around that topic. For me, the characters always come before the topic, so that was a bad example, too. But you know what I mean. I hope.

I don’t want to over-do the research, though. I want to leave a lot up to my own imagination, and sometimes I just write and do the research after. I can write a scene exactly the way I want it to play, and then go back and see if a gun actually could spit out 22 bullets per second, or if I have to make do with 3. Again, not the best of examples, but I’ve found that research sometimes can be limiting to what I want to write. It certainly might limit my options, so the best thing, for me, at least, is to have a certain feel for the terrain before I put my boots on, so to speak, and then go wherever I want in that terrain, hopefully without getting my feet too wet. That was a better example, right? A decent analogy, at least?

But don’t take my, uhm, word for it. Every author has his or her own path or methodology, and it’s always a matter of trying and figuring out what works for you. If it doesn’t, then try a different angle the next time around.

What I’ve found to be quite amazing over the last eight or nine years (that’s how long I’ve been doing this professionally) is how incredibly forthcoming people are when I approach them, looking for help (first aid). They are so eager to help in any way they can, and for that I am eternally grateful. 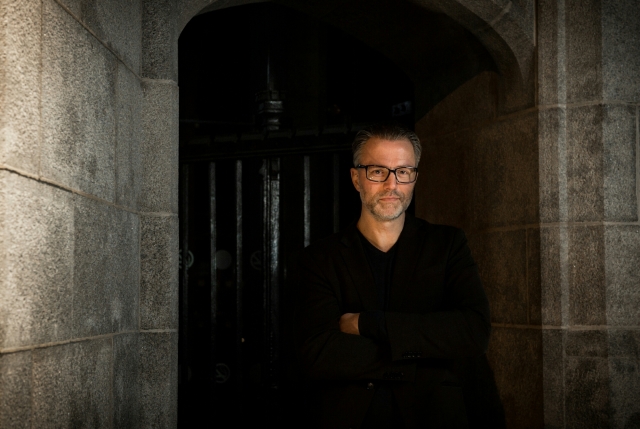